Resolving to engage as a citizen 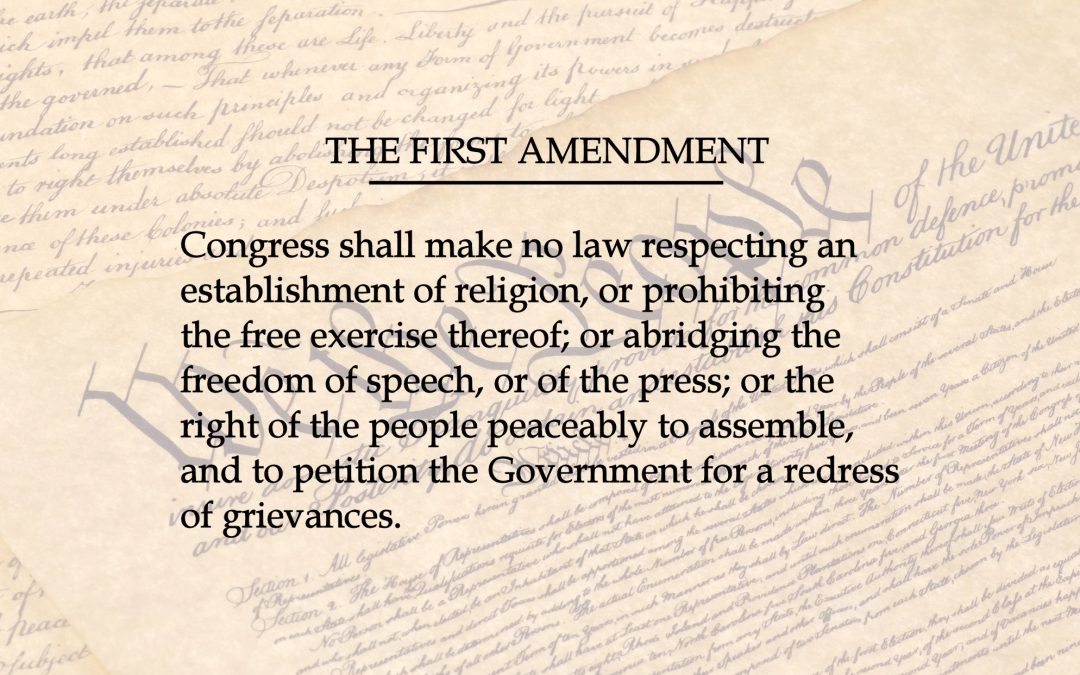 As Citizen Prejean, yesterday I did another round of calls to my state congresspersons. I expressed intense concern about President Trump’s ban on Muslims, which seems to me to be a direct violation of the Constitution’s Establishment Clause. The Supreme Court’s interpretation of the clause states that its “clearest command is that one religious denomination cannot be officially preferred over another” or that no group may be “favored or disfavored” because of its faith. Trump’s selective ban on immigration targets seven Muslim-majority countries. He also establishes preferential treatment of Christian “religious minorities” who come to our borders. Additionally, in violation of the Constitution, in signing the order Trump pledged to “keep radical ISLAMIC terrorists out of the U.S.” Not all terrorists. Only Islamic terrorists.

We now have a President who is being summoned to court in a lawsuit filed yesterday in a Virginia federal court for violating the Constitution in his “Muslim Exclusion Order.” Thank God for checks and balances built into our democratic system of government. The president, like any citizen, must be held accountable to uphold the Constitution. Alongside the horrendous mayhem and suffering inflicted on refugees and their families, which his action has caused, we as a nation are now faced with a constitutional crisis.

As citizens, it is up to us to know our Constitution and to stand up to those who betray its principles. Ultimately, we, the citizens, need to be guardians of our democracy.

In my call yesterday I urged my congressional representatives to resist the President’s discriminatory, un-constitutional order. I encouraged them to join with their congressional colleagues to initiate continuous dialogue with President Trump and his narrow circle of advisors, whose experience of government and knowledge of Constitutional principles appear to be exceedingly limited.

There are all sorts of citizen involvement sites out there for you to join. In my own life, I find that when I take action, no matter how small – a telephone call, a postcard – hope comes alive in my heart. Act, my fellow citizens, act!

I am still reading and reflecting on your responses to my last post. I will respond to those soon. Things are moving so quickly at the moment there is much to think about and to write about. Please join the conversation over on Facebook.