We live in turbulent times, when injustice is piled upon injustice, when assaults on human rights are public policy, when bigotry is encouraged by those who should provide moral leadership, and when the institutions that are supposed to offer protection are used to harm and enshrine injustice.

I got to talking about all this with my colleague and friend, Rose Vines, to sharing how it makes us feel. That conversation led to a much broader conversation on Facebook and Twitter: How do we keep working for justice and a healthy, peaceful world when the odds look insurmountable? Below, you can follow along as that conversation develops.

Are you feeling pummeled by recent events? Dispirited? Despairing? Numbed?

Did something in the past couple of weeks feel like the last straw – perhaps the sight of children and parents torn apart by a cruel immigration policy; or the Supreme Court upholding Trump’s Muslim immigration ban; or a series of decisions that limit workers’ rights; or another unarmed young black man shot by police; or Justice Kennedy’s decision to retire?

I’m feeling it, too, and I’d like to take the time to answer any questions you might have about how to survive, how to continue to strive for a better world, when it all feels too much. How do we turn a tide of assaults on human life and dignity into an opportunity to become stronger?

I’ll spend some time in the next few weeks answering your questions, so put them in the comments to this post, or send them to me at sociable@sisterhelen.org.

And please – please! – share your own wisdom about how to stay strong and be a force for good in trying times. 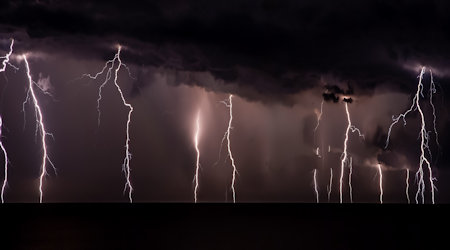 (Scroll on down…click Read More on any comment to see it in full and to hear my audio response.)

Reach out or you’ll get stuck

After my first post, and while responses were flowing in, I did a couple of video follow-ups. Here’s the first…

A simple technique for listening and being heard

You are such an inspiration! Thank God for you! You are about the only good news on Twitter these days. My husband and I have decided that our solution on how to survive this is unfortunately to move out of the US. We will be applying for a visa to Canada this Fall and hope to move in the next 1-1.5 years. We cannot continue to live in a country which prioritizes profits over humanity and does not value all human beings…

The last few weeks have been very difficult. I’m a liberal American, a privileged white guy whose path has been set out for him, and my journey has been easy in this life. I want what I’ve had for everyone else in America, and I want my son to be a better and more successful and caring person than I am.

Treating despair as a call to act

I’ve never felt this type of despair and I honestly don’t know what I can do. Vote, but that’s not till November. Part of me wants to storm the detention centers, take to the street, foment a revolution, but I also know those actions would not have a result that makes these situations better. I don’t do well with feeling helpless…

So mad I can no longer engage in dialogue

…I try to stand up for others if I see single injustices—bullying, offensive commentary, etc, yet I seem to have lost the ability to do so calmly or rationally—I end up losing control and yelling. I know I am more effective if I can engage in conversation or dialogue, but I seem unable to do so—I get so mad and frustrated…

Thank you for your Facebook post asking about how we are all feeling with the latest SCOTUS decisions and all that has been going on lately. To be honest I don’t know how to feel. In April my boyfriend’s brother Mark along with one of Dorothy Day’s granddaughters, a Catholic priest and a few other Catholic Workers were arrested for protesting nuclear weapons on a naval submarine base. I have been aware of the injustices in the criminal justice for some time however Mark’s perspective of the racism and injustice he witnesses in jail is disheartening. What’s more, they have a motions hearing in August and he is pretty sure that the prosecution is not going to allow them to tell the jury that they are Christian and that their actions were out of the deep fear of nuclear war, and the fact that the UN has already called for nuclear disarmament…

What do I do with the grief?

…a very good dear and loved man I know has a date [for execution] for September 26th. I have spent the last year and will spend the next few months visiting this man…and I am afraid. The struggle I am having is what does one do with the grief?

Down for a day

Here in Columbus, Ohio, we have a “resistance letter writing group”. Since the inauguration we have written 40-45 letters to our Ohio senators and congressmen, some cabinet heads, the governor, the president, and others in this administration. We have covered such topics as immigration reform, abuse of human rights, education, gun control, tax reform, budget cuts, healthcare, protection of the environment, and so on…Some of us believe we will have no impact because those in power have no intention of listening, let alone changing. But we keep plugging away…

“Be complacent, and pray”

You asked for questions about how to survive this moment. Your question in itself breaks my heart. Implicit in it is the idea that what we’re undergoing is unprecedented. Over the past months, I’ve thought about how at points in the past the US may have been similar to how it appears now—during the gilded age, for instance. And so I’ve been hoping that the country can survive the evil attitudes that are driving it right now—the corruption, the disregard for human rights, the view that the earth is only here to be used by humans for profit, the assumption that some people are superior to others. I have been a lapsed Catholic for years, and my crowd (writers and scholars) are extremely suspicious of Christianity and the Catholic church. But after the Nov 16 election, I did go to mass, hoping to be energized toward activism. I want my parish to give me permission to be an activist. Instead, the message I got was—be complacent, and pray. I haven’t been back since.

Judging others is exhausting

While I agree with you and so many others on issues of life and human dignity…I so often see support for abortion tied to human rights, and recent writers have included abortion itself as “pro life.” It’s a bit odd to me to be against capital punishment and yet be in favor of executing the children of the poor…while I need to honestly assess the situation, I think judgment is exhausting, and most people I see replying on the current situation judge very harshly. I’d rather just work the issues than judge the people, but I’m still judging sometimes.

…while I was in Rome for studies, I began going through what I can only describe as a Dark Night of the Soul. In a way, the Dark Night has been continuing for 16+ years now, although modalities of it have changed.
One of my main spiritual teachers passed away a few years ago, and I really haven’t found someone with whom I can discuss the spiritual life…